Instagram will soon let you create posts on desktop 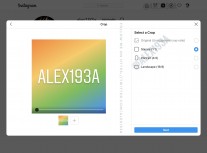 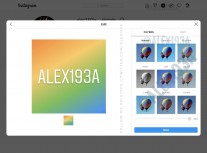 Mockups of the possible design

He also posted a couple of mockups of how the feature would work. Supposedly, the desktop site will let you drag and drop photos and videos, crop, apply filters, tag people and locations, and the overall UI looks quite similar to the app’s.

There’s still no word on when we can expect the long-awaited functionality but it’s currently being tested internally. Also, by the time of release, some details may change.

Weekly poll: how do the Huawei P50 and P50 Pro stack up against the competition?

Redmi 9C Gets A New Variant With Higher 4GB RAM, 128GB Storage; Is It Launching In India?

Winners and losers of the week: Companies break records as China slows