When Toyota introduced the Celsior to the world in 1989, followed shortly by Lexus LS 400-badged versions appearing in showrooms (as 1990 models) around the world, automotive-industry executives from Stuttgart to Yokohama broke out in the shaky sweats. Here was a designed-from-scratch (at the cost of over a billion bucks) luxury sedan with a six-bolt-main DOHC V8 engine, all manner of futuristic gadgetry, a super-quiet interior, intimidating build quality … and a sticker price 44% lower than that of the Mercedes-Benz 420SEL, 30% cheaper than the BMW 735i, 26% cheaper than the Audi V8, 12% cheaper than the Jaguar XJ6, and 8% cheaper than the Infiniti Q45. Sales were brisk, and the early LS 400s are finally starting to wear out in sufficient quantities that I see quite a few in the self-service wrecking yards I frequent. The second-generation LS was built for the 1995 through 2000 model years, and these machines have held together so well and depreciated so slowly that it’s tough to find discarded examples (we saw the same process with the sturdy Toyota Cressida a decade or two earlier). Today’s Junkyard Gem is one of those second-generation cars, now located in a Denver car graveyard.

I admired the LS 400 so much that, about 10 years ago, I bought a ’97 Coach Edition in Jade Green Metallic paint and (2018 LS 500 shown for scale). Because I am a hopeless car nerd, I had a Celsior grille and set of badges shipped over from Japan and installed them on my Lexus. When the 1997 Toyota Century — the first year with the ultra-smooth V12 engine — becomes import-legal in the United States next year, I plan to obtain one. 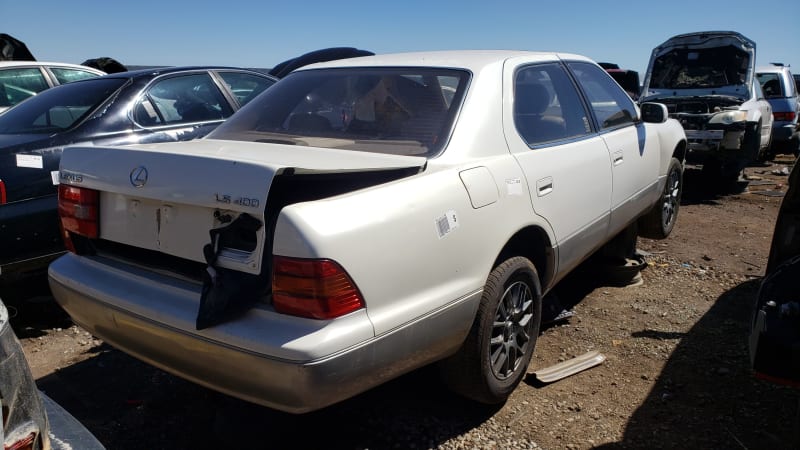 My LS 400 has been extremely reliable and still hasn’t reached the 150,000-mile mark, but I like to know that I can find junkyard parts for it if necessary. I went to visit this car because I was hoping to find a good set of factory wheels for my winter tires; the Blizzaks roll on some much-rashed ugly LS wheels at the moment. 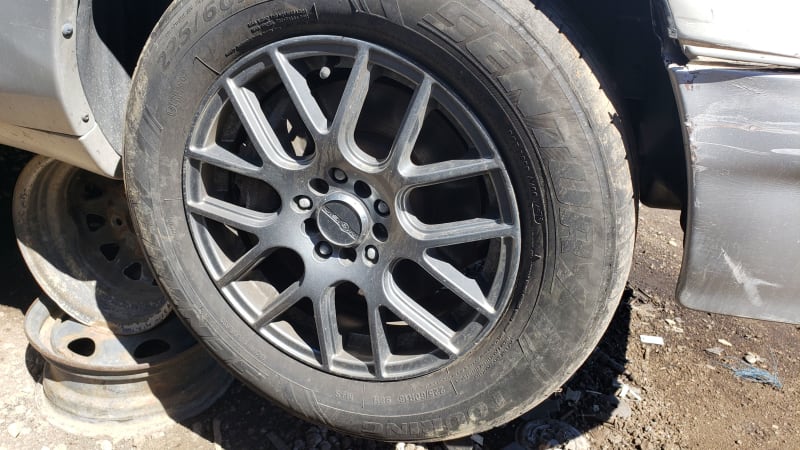 I passed on these Vision alloys, in part because there were only three on the car. 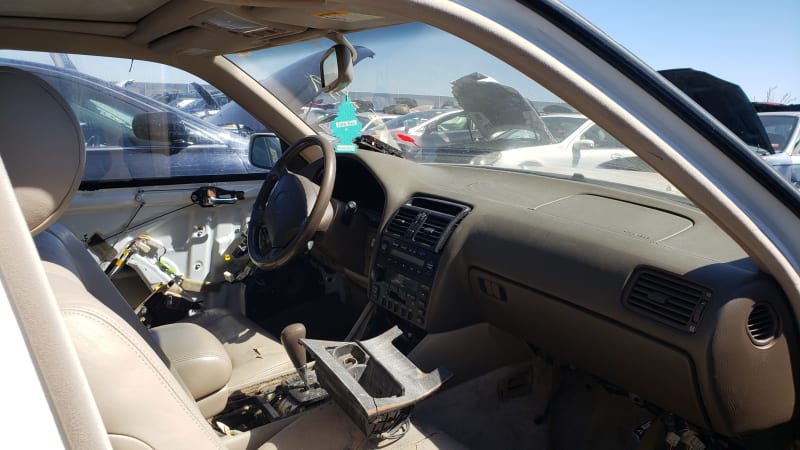 The interior appears to have been thoroughly worn-out even before junkyard shoppers tore it apart. I don’t know how many miles were on this car (because I’d have had to connect a battery to get the digital odometer to show me anything) but I’m guessing the final total would be impressive. 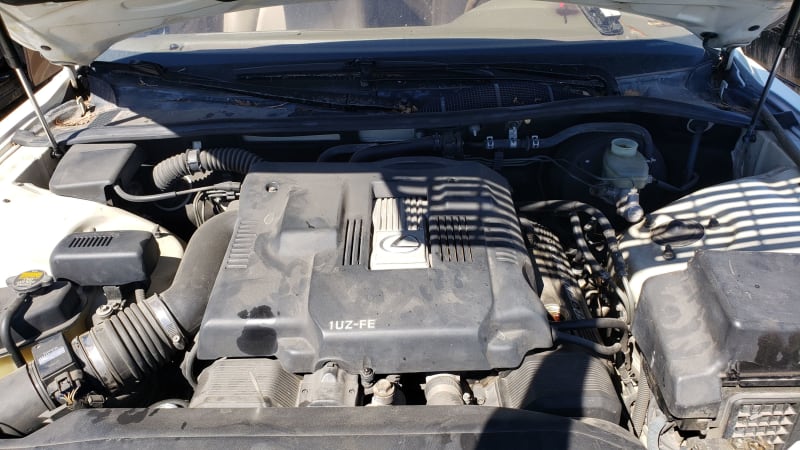 The 1UZ-FE V8 displaces 4.0 liters and was rated at 260 horsepower. These cars accelerate in leisurely fashion by 2021 luxury-sedan standards, but the 1UZ is about as bulletproof as any Toyota engine since the Warlord Grade 20R. 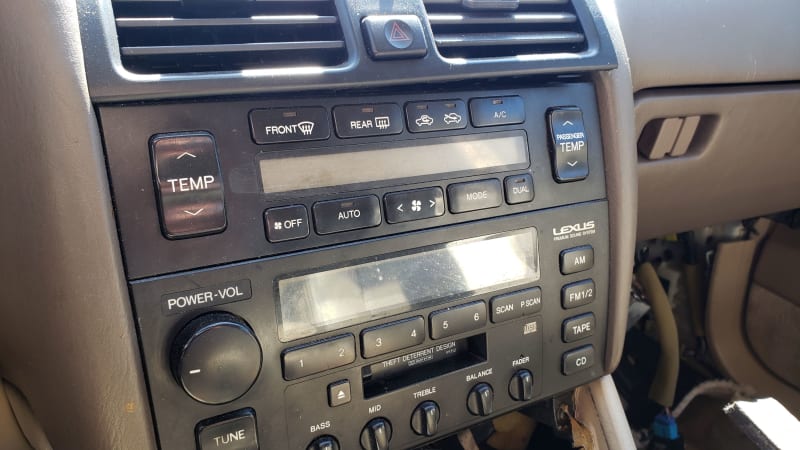 There’s a CD changer in a compartment above the glovebox and a cassette player in the head unit. 1997 LS 400 buyers could pay extra for a Nakamichi audio system, but this car has the standard Pioneer rig. 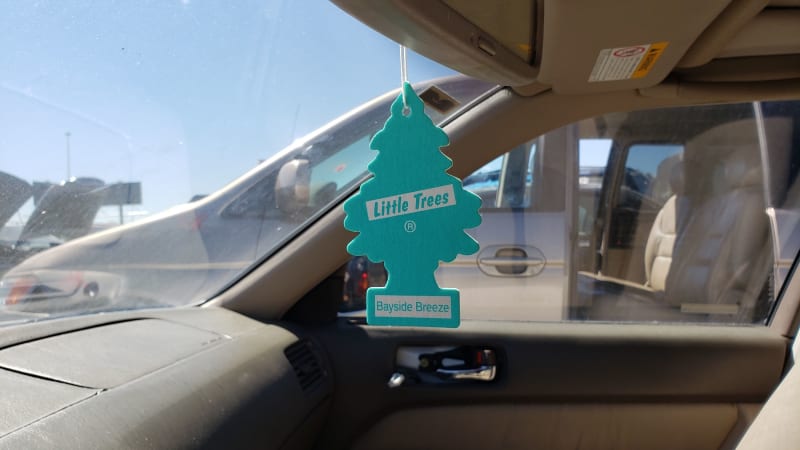 You’ll find one in every car. You’ll see.

So luxurious, the proles were forced to hand-wash the streets before it arrived.

Home-market TV ads for cheaper Toyotas could be pretty frantic in the 1980s and 1990s, but the Celsior got more dignified marketing.

At home in London, Paris, and New York.