Realme keeps updating phones to its latest Realme UI 2.0. The Realme 7 smartphone is the latest device that is now eligible to join the Open Beta and experience the upcoming release. This comes just a day after the company laid down details for the Q2 2021 roadmap, revealing which devices are next in line for Early Access to the “Seamless Fun for Gen Z”.

The Realme UI 2.0 open beta for Realme 7 can be accessed by anyone. You can apply through the Settings > Software Update menu with the gear icon in the top right corner. However, there are some requirements – the phone must have at least 5 GB of free storage, must be on the latest update RMX2151PU_11.A.83 / RMX2151PU_11.A.87 and when the application process starts, the Realme 7 phone should have at least 60% charge in the battery. 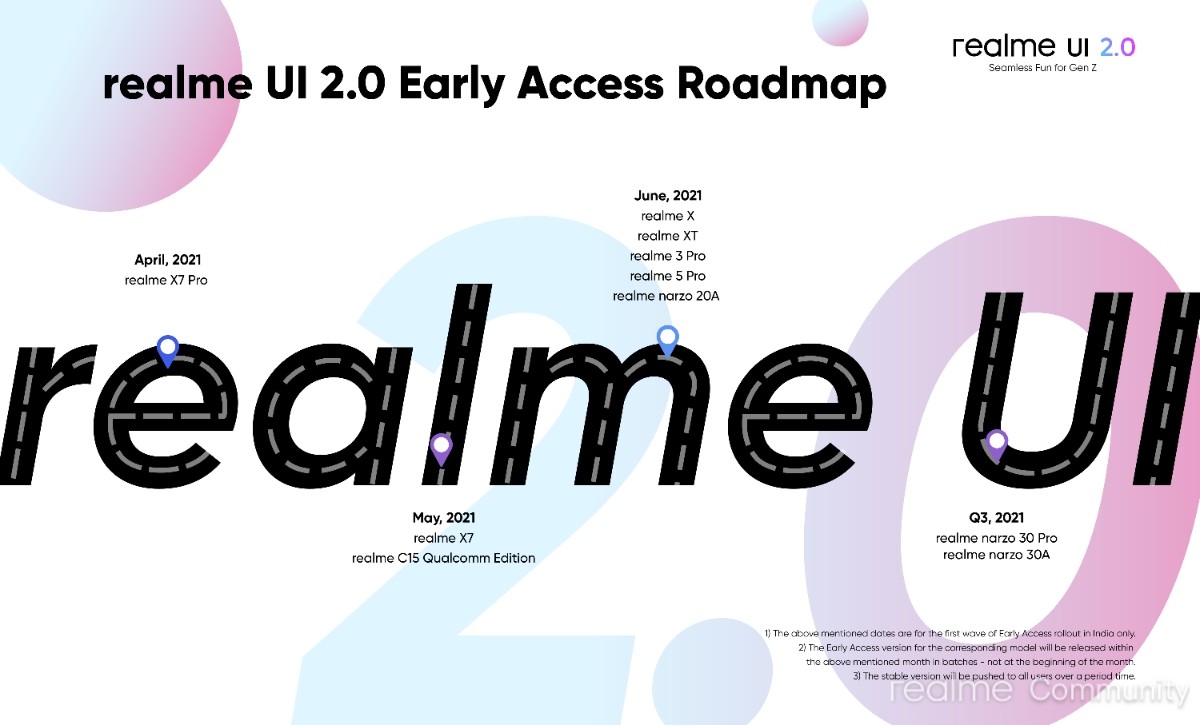 Meanwhile eight Realme phones will get the Early Access beta of Realme UI 2.0. Starting next month, Realme X7 Pro devices should be able to join, followed by Realme X7 and Realme C15 Qualcomm in May. June will be for the Realme X, Realme XT, Realme 3 Pro, Realme 5 Pro, and Realme Narzo 20A.

The Realme Narzo 30 Pro and Narzo 30A are newer than most of these phones but arrived with Android 10 and Realme UI 1.0 out of the box. Their early access to the 2.0 beta is scheduled for Q3 2021.

Xiaomi to announce its own chip at Match 29 event